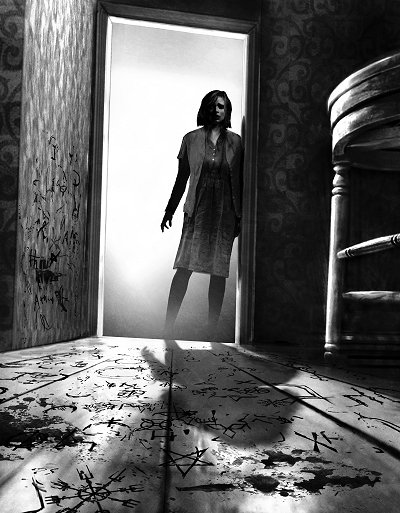 Tara dreamed of a storm, and her boys fighting. She woke up and found both were true.

Wind pushed against the walls of the house, but the boys were even louder, shouting over each other. At this rate, they’d wake up Zandy. Maybe Mike, even. Tara pulled her bathrobe on and stormed into the hallway, shushing them.

The ruckus came from Tommy’s bedroom. Tommy held Jack down on the floor as Jack kicked and struggled. Tara bulled into the room and pushed Tommy off.

“Thomas Michael Howard, what are you doing?” There was rage in her voice. It scared and thrilled her, this naming-of-full-names voice, this mother-goddess voice.

Tommy reeled backwards, banging an elbow against the wall. There was something on him. A scratch? Long and scarlet, it extended from just above his temple, down his cheek and neck, reaching his bare abdomen and lower. The room wasn’t bright enough to see it well.

Jack scooted toward the wall. Tara let him go. She took a step backwards, and fumbled for the light switch.

“I woke up,” Tommy said. His voice hitched. His face reddened. He looked away from her. “He was writing on me, and I woke up. He was trying to pull down my underwear.”

Tara swallowed. The wind pushed and howled outside. Where was the mother-goddess now? Gone, gone . . . “Let me see,” Tara said, and turned Tommy’s face toward her.

It was not a solid line of red. The marks weren’t marks–they were symbols.”

The Gaunt of Dennis Mallory 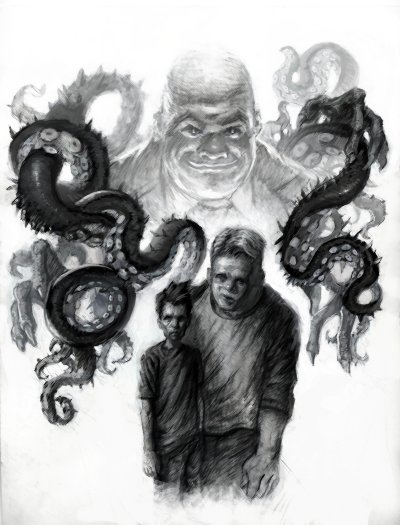 “Two weeks after we stole the Pearl of Great Price from Asmodeus, we got nicked.

Asmodeus’s party boys caught me and Brick outside of Twila’s Lounge. They didn’t say nothing, them square-jawed, perfectly dressed men and women. Just flashed the guns crouching inside their jackets, and the runes that dwelt upon their eyelids. Them winking their runes at me was more disturbing than their weaponry: it meant they knowed I could see what Asmodeus had etched there.

And every one of them was human. No ghasts, ghoulies, devils, nor nothing that wasn’t mortal. Which meant they’d also figured out what Brick could do. Rather, what he wouldn’t do. A lot of trouble could be avoided if the boy would just use his natural-born gift for violence against flesh-and-blood people the way God intended.

I guess God don’t got no say in it no more. ‘Course He don’t. But back when there was such a thing as Sunday School, the one lesson Brick learnt was the one ’bout turning the other cheek. He got no problem ripping apart any evil ol’ spirit or whatever. But he won’t so much as breathe a crossways word against a human being.

Out of the Deep Have I Howled Unto Thee

Battling the spirit of a wolf, a man wanders out into the Utah desert only to find a young woman bleeding to death.

Excerpt from Out of the Deep Have I Howled Unto Thee

Vren is a monster who is in the business of stealing princesses in order to harvest their destinies.  But he gets more than he bargained for when he kidnaps Mercedes, a young girl whose destiny will utterly change his life, and the life of his family. 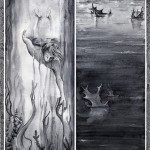 A young boy discovers a disturbing presence at the bottom of a scummy pool.

Rick Manchester lives in misery. In a moment of pain and delusion, Rick killed his young son, Tommy. Now Tommy’s ghost lives in the dumbwaiter in Rick’s home, always near, but unable to be touched and unwilling to hear Rick’s plea for forgiveness. Quincy Umble, a man with strange knowledge of both Rick and his son, promises to put Rick’s misery to rest…but Quincy Umble’s cure is what Rick Manchester fears more than all the pain in the world… 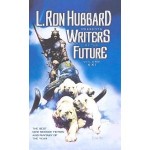 Nina Borriegos is a witch dealing with divorce, loneliness, and the demands of her dead mother. But when she finds a boy with the power to restore all her hopes and dreams, will she pay the terrible price necessary to make his magic her own?

Scott M. Roberts is a man who has done despicable things with a spoon. In addition to tableware debauchery, he writes science fiction, fantasy, and horror. His work has appeared in many places, and sometimes in languages even humans can read.

Scott lives in northern Virginia with his family and a motley troupe of wizards, detectives and crazy persons.